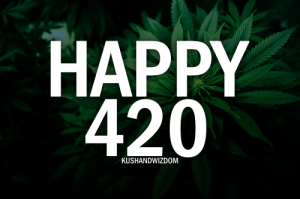 What is it about 4/20 that makes for a stoners holiday?

Let’s face it… Stoners don’t need a holiday to blaze.

They just need some trees and a fire source with some papers or a bowl or a bong.

Even an apple will do if in a tight squeeze.

There are not 420 chemical compounds in pot.

420 isn’t the number of a bill in U.S. Congress aiming to legalize weed, despite many people thinking it is.

So what is it?

The Waldos hung out with the Grateful Dead, Dead Heads spread the word of 420.

During the next two decades pot smokers were using it across the globe.

By the time Pulp fiction placed all the clocks on 4:20 it part of our culture forever.

These days 4/20 is marketed by business just like St. Patrick’s Day,

Cinco de Mayo, the 4th of July, Halloween & Christmas with products and promotions.

My current favorite is the Sweet Water Ale. 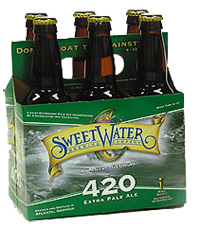 40 years since the Waldos started this party and the celebration continues.

You don’t even have to smoke weed to celebrate anymore.

Just kick back and enjoy the lifestyle.

**A group of people in San Rafael, California, calling themselves the Waldos because “their chosen hang-out spot was a wall outside the school”, used the term in connection with a fall 1971 plan to search for an abandoned cannabis crop that they had learned about. The Waldos designated the Louis Pasteur statue on the grounds of San Rafael High School as their meeting place, and 4:20 p.m. as their meeting time. The Waldos referred to this plan with the phrase “4:20 Louis”. Multiple failed attempts to find the crop eventually shortened their phrase to simply “4:20”, which ultimately evolved into a codeword that means marijuana-smoking in general. Mike Edison says that Steven Hager of High Times was responsible for taking the story about the Waldos to “mind-boggling, cult like extremes” and “suppressing” all other stories about the origin of the term.

This site uses Akismet to reduce spam. Learn how your comment data is processed.